This is a pair of endangered tri-spine horseshoe crabs (Tachypleus tridentatus) engaged in spawning. They are walking along the ocean bottom in shallow water, with the larger female in front searching for a place to deposit eggs, which will be fertilized by the smaller male attached to the rear.

The tips of the horseshoe crabs’ legs are visible in this image. These animals have five pairs of legs used for locomotion—the pedipalps first, followed by three pairs of legs in the middle, and a pair of pusher legs at the end. The male’s pedipalps are modified into a pair of claspers used to grasp the female as seen here. 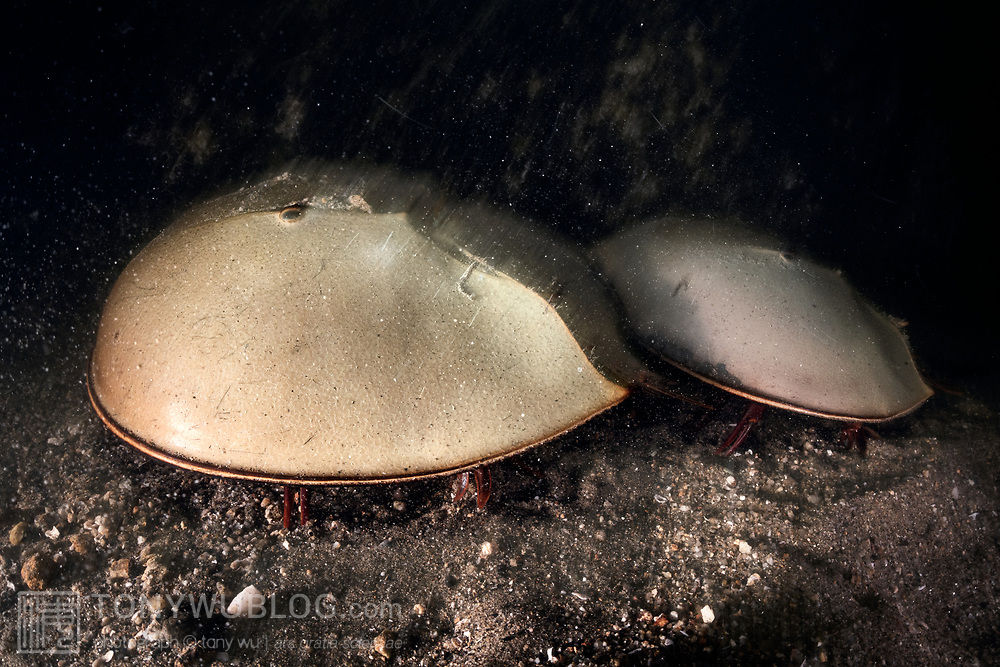