This is a pair of endangered tri-spine horseshoe crabs (Tachypleus tridentatus) preparing to spawn. The larger female in front has chosen a place to deposit eggs. She has just commenced digging. The bubbles are the result of pockets of air trapped in the mud and gravel being released due to the female’s excavation. Spawning takes place in the intertidal zone, which is the reason that air is present in the sediment. The smaller male is firmly affixed to the female’s opisthosoma. He will fertilize the eggs she deposits, and then the pair will move on to find another location to spawn again. 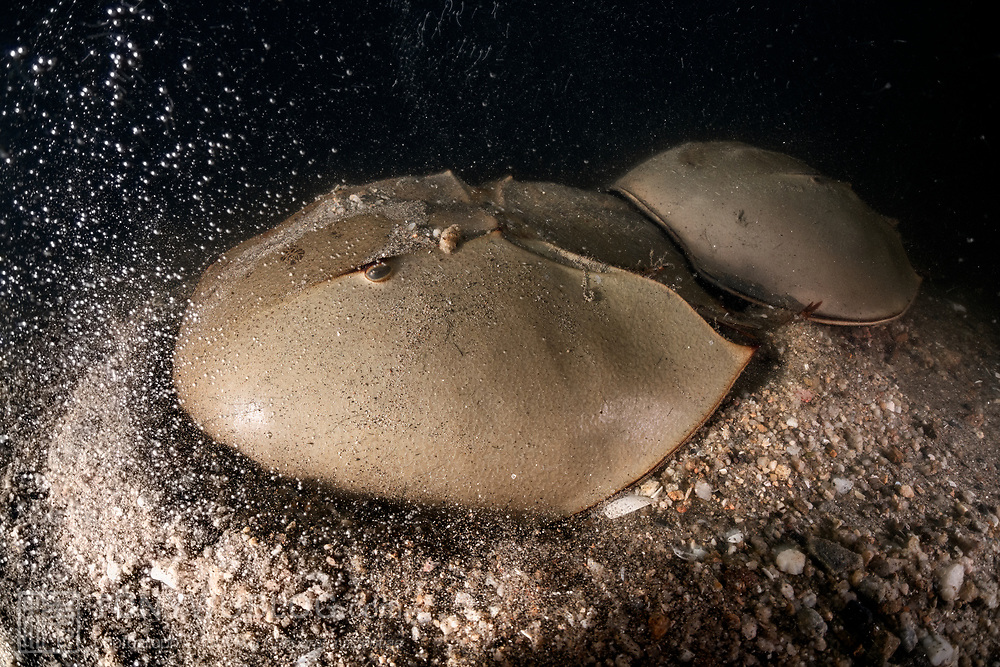