This is a male Korean seahorse (Hippocampus haema) on the left, with two females competing for his attention. The dark stripe down the central ventral surface of the seahorses is indicative of courtship. Both females have a clutch of eggs that they are ready to deposit with a male, who will then brood them for a period of three to ten weeks. Though pair bonds of these fish seem to be reasonably consistent throughout the breeding season, instances of competition like this (two females for a male, as well as two males for a female) do take place. Here one female engaged the male in the elaborate courtship ritual, while the other female stayed close while attempting to get the male’s attention. After some time, the male broke away from one female and went to the other. This process repeated multiple times, and likely continued for many hours beyond the time I was able to observe. Described in 2017, this species is found in the waters of Korea, as well as along the southern and western coasts of Japan. 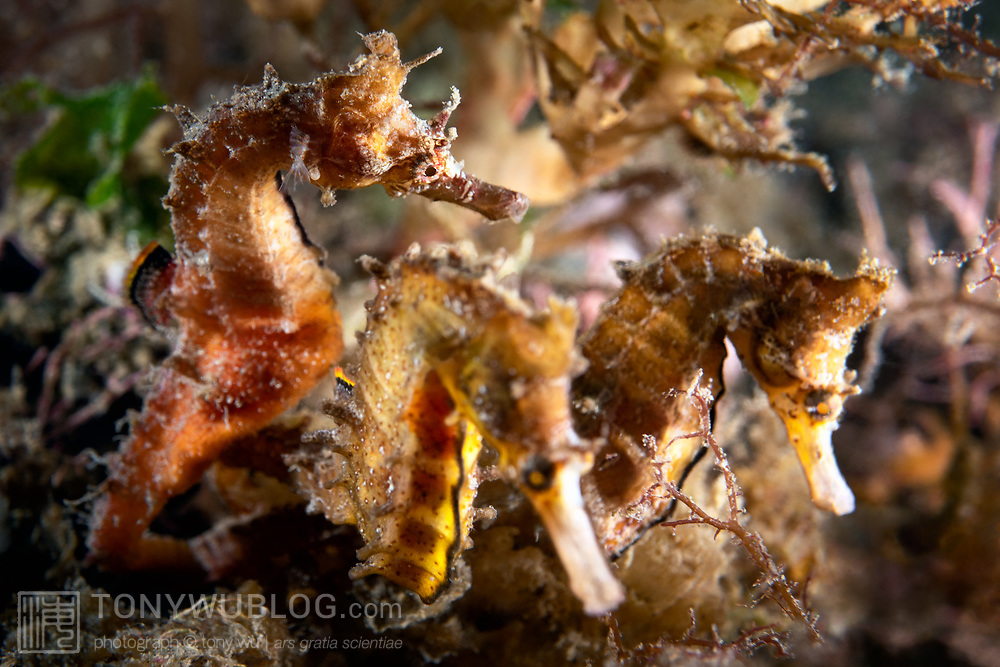